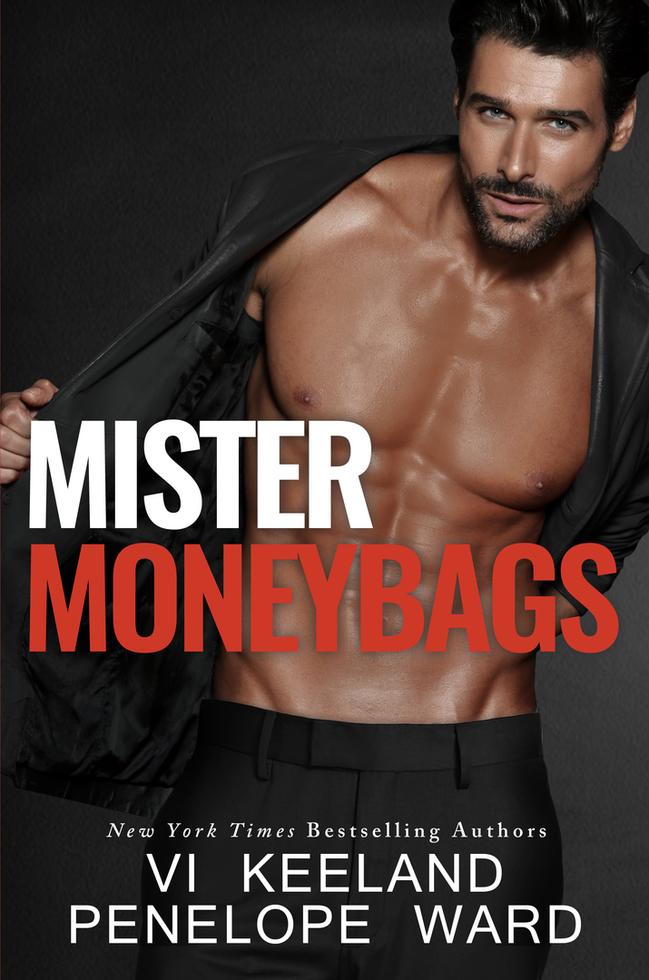 
It figures the asshole’s company would occupy the entire top floor.

I pushed the button on the elevator panel and finished typing a half-ass list of interview questions into my phone.  Sylvia, my editor, wasn’t going to be happy, especially since they were due two days ago, and now she wouldn’t have any time to suggest changes.  She lived to suggest changes.

I was already five minutes late for my appointment, and the damn elevator was crawling.  Jabbing my finger at floor number thirty-four a few times, I mumbled something about taking the stairs next time.  But who was I kidding?  In these shoes?  With this tight skirt on?  It was a miracle I could even make it up the curb when the cab dropped me off out front.

I sighed audibly.  Are we even moving?  It was seriously the slowest elevator I’d ever taken.  Frustrated, and maybe a bit anxious to get the interview over with, I took another shot at the elevator panel.  Again, pressing the button repeatedly, I groaned, “Come on.  I’m already freakin’ late.”

I breathed a sigh of relief when the car seemed to finally pick up speed.  But then, it jolted to an abrupt stop, and the elevator went pitch black.

“Well now you’ve gone and broken the damn thing,” a deep voice said from behind me.  Startled, I jumped and bobbled my cell phone in the dark, which resulted in it falling.  From the sound of it smashing against the floor, I knew it had broken.

“Shit!  Look what you made me do.” I bent over and patted the floor, but I couldn’t find it.  “Can you at least give me some light so I can find my phone?”

“It would be my pleasure.”

“Are you kidding?  You don’t have a cell phone on you?  Who walks around without their cell phone?”

“Maybe you should try it. If you weren’t so obsessed with yours, we wouldn’t be in this predicament.”

“Well, you were so busy typing away on your phone, you didn’t even notice another passenger was in the car with you.”

“Had you seen me, you wouldn’t have jumped hearing my voice and broken your phone.  Then we would have had light, and you would be able to see that elevator panel well enough to push that button another twenty or thirty times. I’m sure that would’ve helped.”

I felt the man moving around behind me.

“What are you doing?”

When he answered, his voice came from a different place.  It was to my left and beneath me.  “I’m on the floor looking for your cell phone.”

It really was pitch dark.  I couldn’t see a thing, but I felt the air move, and I knew he must have stood back up.

“Put your hand out.”

“You’re going to put my phone in it, right?”

Thinking he couldn’t see me, I smiled at his sarcasm and put out my hand.  “Just give me my phone.”

One of his hands brushed along mine, and then he held it while the other one placed the phone into my palm and closed it into my hand.  “You have a nice smile.  You should try using it more often.”

“It’s pitch black in here.  How would you know my smile is nice?”

He let go of my hand, and I immediately started to feel a panic attack come on.  Shit.  Not here.  Not now.

I reached and grabbed for his hand back before he could fully pull away.  “I’m sorry…I…um…can you just keep your hand wrapped around mine for a minute?”

He did as I asked without question.  Oddly, the man just stood there and held my hand, squeezing a few times as if he knew I needed reassurance.  Eventually, I felt the wave start to pass, and I loosened my grip on the stranger.  “You can let go now.  I’m sorry.  I had a little panic attack.”

“They come and go like that sometimes. I have a feeling the longer we’re in here, the more of a chance another one will develop. Just keep talking to me. It will distract me.”

“What the fuck was that?” he growled.

I let out another scream that was even louder.

“Why are you doing that?”

Without answering his question, I panted and simply said, “Oh, that felt good.”

“You scared the shit out of me.”

“Sorry. It’s a technique I use to fend off the panic—screaming at the top of my lungs.”

“That’s the best technique you have?”

“I have a few different techniques. I can also massage my balls.”

“I have balls. Massaging them really helps.”

“Your…balls? You looked like a woman to me, pretty damn shapely from the back, at least.”

“They’re Baoding balls. Metal meditation balls. I massage them against each other in a circular motion in my palm. It helps calm me down.” I began to frantically search through my purse.

“What’s all that rustling?” he asked.

“I’m trying to find them. They’re somewhere in my bag.” Without light, I wasn’t able to easily locate them. “Shit, where are they?”

He chuckled. “I have some balls you could massage if you’re in a pickle.”

“You’re disgusting. Keep your balls and your pickle away from me, please.”

“Oh, come on. I’m not serious. Lighten up. You’re the one who brought up massaging balls. We’re stuck in a dark elevator. I was trying to make a joke, for fuck’s sake.”

Finally able to locate the Baoding balls, I said, “Okay, here they are.” I took a deep breath and began to rotate them in my hand, focusing on the soothing sounds of the metal rubbing together.

“They chime. How nice,” he said in a seemingly sarcastic manner. “What exactly are you doing with them?”

“This actually does something for you?”

“Yes.” After a few minutes, I turned to him. “Open your hand.” I placed the balls in his palm. “Keep them separated with the use of your index finger.” When I could feel him using the wrong finger to position the balls, I said, “No, I said index finger, not middle finger.”

“Ah, good. Better rest my middle finger anyway. I may need to put it to good use repeatedly if this elevator doesn’t move anytime soon.”

“You’re not taking this seriously. Give them back to me.” I took them from his hand.

“I once went on a date with a woman who leaned over the table to tell me that she had some metal balls stuck up her hoo-ha.”

“Well, aren’t you the balls expert. Ever use those other kind of balls?”

I couldn’t see it, but I could feel him smiling at me.

Shaking my head, I said, “Okay, this conversation is just getting weird.”

This whole situation was so ridiculous. Suddenly, I started to laugh. The metal balls slipped out of my hand onto the elevator floor and rolled away.

“You dropped your balls.”

The deadpan way he said it caused me to laugh even harder. He joined me, and we were both officially laughing hysterically. This situation was making us both delirious.

Eventually, we were sitting on the ground with our backs against the wall. A few moments of silence passed. It hit me that he smelled really freaking good. It was like a mix of cologne and a manly scent that was all his own. I wondered if he was even attractive. I had to admit, his voice alone was sexy as hell.

I could feel his words vibrating against me when he leaned in. “What do you think I look like?” His voice really was very arousing.

I cleared my throat. “You actually have a really nice voice, very mature. I kind of picture you as an older, distinguished man. Maybe you look like James Brolin.”

“Well, see, I got a look at you—from behind. So all I really know is that you have an amazing ass and nice teeth, since they’re practically glowing in the dark.”

My breathing was starting to become a bit labored.

He must have sensed my nerves acting up again when he chided,  “If you’re about to yell like a hyena again, why don’t you at least yell for some help. Put that shit to good use.”

I got up suddenly and began to bang on the elevator doors. “Help! Help!”

My cries for help were to no avail.

Rejoining him on the ground, I felt another wave of panic coming on. It was really hard to fight these feelings without any visual distractions. I had never had to deal with this in the pitch dark before.

“Can you hold my hand again?”

He tightly enveloped my hand in his. Without visual stimuli, I focused on the other senses, particularly smell and touch. Relishing the feel of his big, warm hand and breathing in his scent, I closed my eyes and tried to calm down.

He suddenly jumped and let go of me. “Light!”

My eyes flashed open to find that the lights in the elevator car had turned back on.

When I turned to instinctively hug him, I stopped short, and my heart nearly skipped a beat. I took him in for several seconds. This guy was far more handsome than I ever could have imagined—to the point where I was now painfully embarrassed of everything that had ensued in the darkness.

He looked nothing like James Brolin. He was younger, hotter, more rugged. I’d put him in his early thirties.

My elevator mate had dark, inky-colored hair, long around the ears and buried under a baseball cap that was turned backwards. His eyes were a striking steel blue, and he was sporting just the right amount of chin scruff over his beautifully defined jaw.

The words wouldn’t come to me. I simply said, “Hi” as if it were the first moment we’d actually met.

He flashed a dangerously sexy smile and winked. “Hi.”